In A Land Far Far Away, GSA Was Facing Difficulties With SAP BusinessObjects

Once upon a time, we met General Services Administration (GSA); an independent agency that provides services for US government agencies. A federal business objects customer for many years for its financial and regulatory reporting and report centralization, currently on SAP BI 4.3 SP01 Patch 3. GSA has a very large and complex SAP BusinessObjects environment with 175K documents in production, 10-15K documents in development, 20K documents in a secure environment, and 560 jobs scheduled…I did say it was big.

Deploying such a large environment certainly comes with its challenges but like every fairy tale story, there’s always a happy ending somewhere, but first, let’s take a step back to the problems GSA was facing.

Although GSA has been using SAP BusinessObjects for many years now, they were facing challenges in four different areas:

It’s difficult to have much visibility within SAP BusinessObjects. Over time GSA has inherited 4 other systems and either consolidated or rebuilt reporting capabilities. However, with the latter, GSA needed to look at what reports were actually being used, their frequency, and the sheer volume of reports – a big challenge to say the least. Equally challenging were managing the data sources, if they decided to change the table structure it proved very difficult to identify every place where that object was being used in order to analyze the full impact.

Impact analysis was almost non-existent at GSA because its process simply took too long. The teams did keep records but in order to do it, they would open each individual universe file, search for a specific object and then have to look at every document and universe to discover the impact. A very manual and unreliable process.

GSA upgraded to SAP BI 4.3 due to Microsoft 2008 reaching EOL and security vulnerabilities in previous versions. However, it wasn’t an easy upgrade – preparation was long and took 11 months in total as it involved a lot of manual processes.

As GSA works in a highly regulated federal industry, they need to meet certain regulations such as FISMA, FIPS 199, NIST 800-53, PII, and the DATA Act. Again, documenting this was very manual and time-consuming, especially as most of the work relied on manually updating scripts every time there was an update.

The time has come for GSA to be introduced to Wiiisdom and its 360Suite solutions to overcome its challenges and deploy its SAP BusinessObjects environment in a more efficient way.

When 360Suite was installed, two consultants had already been working for 6 months on documentation and they only had 40% of universes documented but with our solutions, they were able to map every universe and provide more information in just 3 days. Yes, 3 days vs. 12 months!

360Suite also provided greater visibility on scheduling finding errors such as in the example below:

Before and after 360Suite for GSA’s documentation and scheduling needs.

Time-Saving For Its Impact Analysis

Thanks to 360Suite, GSA is able to generate reports easily with all the security information they require: the who, why, when, and where. It also allows them to look at the different versions created and get historical information of actions carried out. 360Suite has allowed them to save time because everything can be done in one place.

Example of running an impact analysis in 360Suite to identify documents that contain specific Universe objects, SQL expressions, or variables.

11 months for an upgrade is far too long for any organization and if they’d had 360Suite for their upgrade to SAP BI 4.3, in GSA’s words “we would have saved at least 40% of our time in the preparation, if not 50%, which is very conservative”. Fortunately, GSA will now follow our 10-step framework for upgrades and use the 360Suite components for future projects.

The company goes through an internal FISMA audit every 6 months and an FSA audit every year and 360Suite solutions have reassured the results presented to congress are accurate. 360Suite allows them to get historical information quickly and compare metadata through snapshots. For example, they are able to extract security data and compare it over time. 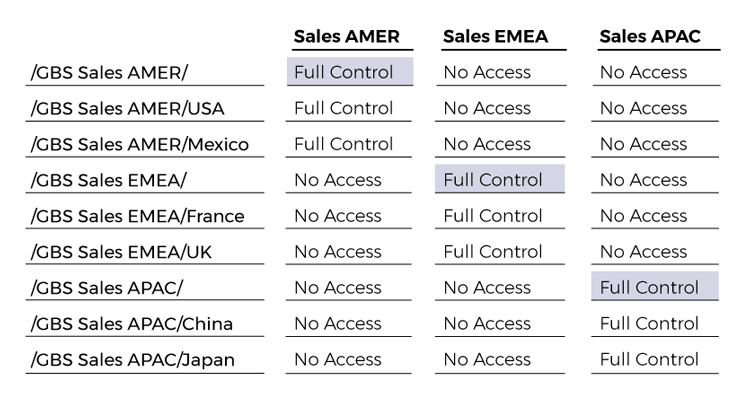 An example of a security report providing information about user access to selected objects.

Before and after 360Suite for GSA’s regulatory requirements.

“Wiiisdom provides very good support. I was very impressed that once I was set up and had a specific need, the Support personnel were very responsive, knowledgeable, and helpful.”

A Happily Ever After For GSA

Just like I said from the beginning, every fairy tale story has a happy ending and it’s the case for GSA. Thanks to their trust and confidence in the 360Suite solutions, the company was able to overcome its biggest business objects federal challenges. Are you looking for a similarly happy ending for your SAP BusinessObjects deployment? Get in touch with us.